There’s No One Right Way to Squat: Squatting Myths

In my time as a coach I’ve heard a lot of theories about what the ‘correct’ squat looks like. I’ve heard hard and fast rules about where your feet should be positioned, where your knees should be, and how far down you should go. Read on to find out what squatting myths are out there!

Your Knees Should Never Go Past Your Toes

The is one of the biggest lies I’ve heard as a coach. I’ve coached people who are absolutely terrified they’re going to wreck their knees if they go past their toes.

Your knees are a hinge joint. If you think of a hinge on your door, it moves forwards and backwards. The good thing about hinge joints is they work really well in that one plane. However, if you start to twist a hinge, it doesn’t work as well. Think of your door hinges again, if you were to try and twist them, you would end up damaging the door and door frame. This is similar to what would happen in your knee.

As long as you are maintaining movement in the correct plane, e.g. just a forwards and back or up and down motion, your knees will be healthy. If you start to get any kind of twisting motion through your knee by allowing them to track inside of your ankles, this is when you will start to have problems. It probably won’t happen immediately or at lighter weights, but regularly performing this twisting motion or performing it with heavy weights, might cause you to start having big problems with knee injuries.

Formal research done by sport and exercise science academics found that while sending the knees past the toes can increase forces at the knees, a vertical shin (knees behind toes) inappropriately loads the hips and lower back. It is important to remember that increased forces in the knee may not actually result in direction injury, as our bodies are able to cope with certain stresses which are not excessive or inappropriately loaded. As a result of this ‘no knees past toes’ squatting technique, you may end up injuring your hips and/or lower back as they are loaded in a position they cannot cope with.

Your Feet Should Be Under Your Hips With Toes Forward

I’ve heard a lot of theories about the optimal foot placement during a squat. My general instruction for people is that they should aim to have their feet just outside of their hips, and a slight turn out of the toes. This can vary dramatically between individuals, however, and therefore I recommend athletes begin to adjust this positioning as they squat more to find what feels most comfortable for them. Foot placement is influenced by the structure of the head of the femur and the socket of the pelvis, and how these two interact. There is a great article by The PTDC which goes in depth into the variations in anatomy that can affect squat technique, and it includes some great pictures of real bones too! It can be surprising just how different bone structures are between people.

You Should Stick Your Bum Back

This is somewhat true, as shifting your hips back is a cue that can be used to remind athletes to engage their hamstrings and glutes in the squat, as well as ensuring a more equal weight distribution throughout the foot during a squat.

However, I have seen this cue taken too far by some athletes. They end up essentially folding in half, doing a ‘good morning’ with poor form rather than an actual squat. This can increase the strain placed on the lower back, which is particularly bad for athletes who already have pre-existing back issues. I often see this kind of positioning in athletes who have been previously coached to stick their bum back as far as possible when they squat, and they’ve usually also been told that their knees should never go past their toes (something we discussed earlier).

Ideally, a somewhat upright squat is preferred as it ensures the load (whether it is a barbell, kettlebell, dumbbell, etc.) is kept over the centre of gravity of the athlete, making it easier and more comfortable to squat. Athletes with proportionately long femurs may need to have a lower chest position than athletes with shorter femurs due to body mechanics, however again chest position and the amount of backwards hip shift will depend on the individual anatomy of the athlete.

You Should NEVER Squat Below Parallel

I’ve saved my favourite squatting myth until the end, the myth that you should never squat below parallel because it will ruin your knees.

As we discussed earlier, knees are a hinge joint. As long as they are moving in the correct plane with no twisting, there should be no issues. Some people have theorised that there is an increase of pressure inside the knee when it reaches that point of deep flexion. While there are greater forces in the knee in a deep squat, these forces have not been found to be harmful for knee health. In fact, elite powerlifters and weightlifters who can sustain loads up to 6x their own body weight to the knee in the bottom of their squat have similar knee health to the general population. Here’s a great article by Dr Aaron Horschig of Squat University and Dr Kevin Sonthana, with easy to understand and in-depth explanations of the forces in the knee and osteoarthritis risk associated with deep squatting.

Maintaining strength through a large range of motion is really important, and becomes more important as you age. Have you ever seen an elderly person trying to get out of a chair? They often struggle because they no longer have the strength to lift themselves out of a deeper squat position. While excessively deep squats may not be necessary for all athletes, maintaining a functional range of motion is important for independence as you age.

Squats Can Be Unique!

So in conclusion, a lot of the theories about healthy squatting that you’ve heard are false! There’s no singular, perfect, textbook way that everybody should squat. The individual anatomy of each person and the demands of their sport will influence the way they squat!

Our fantastic training facility has been specifically designed and set up to help you achieve your health, fitness and wellbeing goals. 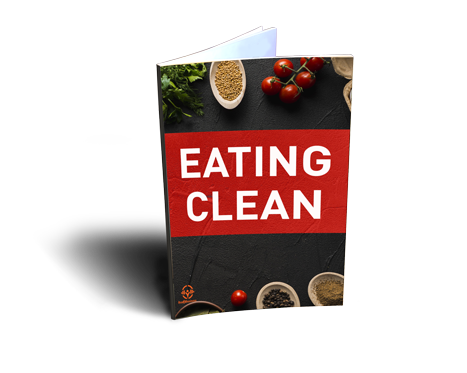